Despite its two robot partners, I enjoyed my conversation with Tim Hwang of Robot, Robot, & Hwang on bringing a human voice to the legal innovation movement. 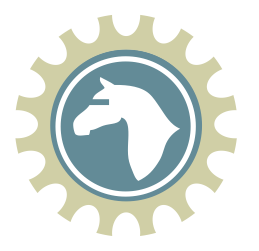 Read more below about what this part-philosopher, part-lawyer, part-technologist is doing to bring about a legal refresh.

Tell me about yourself.
I was inspired to get into legal technology while I was working a number of years back at the Berkman Center for Internet and Society at Harvard. The origins of the Center are in cyberlaw: the ways in which legal concepts shape the development of technology, particularly with regards to the Internet.

So I went to law school. I ended up going awkwardly in secret because I was working my way through school -- and it turns out that they won’t hire you if they think you’re in school at the same time. So, I never mentioned it to most people until I graduated three years later!

What do you want to build?
Community. One of the things that often gets missed in the Valley is the fact that really important successes happen because there is a robust and diverse ecosystem of friendships and talents supporting the development of a technology. I think if you’re honest about wanting legal technology to be something that changes The Law (capital T, capital L), it behooves you to constantly be trying to bring in the many different types of people that implies -- legal technology folks need to be building bridges to access to justice advocates, designers, sociologists, activists, and everyday people impacted by how the law is made and executed.

What do you see as the biggest challenges in this field?
On the business side, the biggest challenge is that people who are trying to sell their innovations to law firms often face active opposition because it causes obvious problems with the classic models of hourly billing (read more about that here). We’re going to have to find a way to build with this, or build around it.

On the institutional side, there's a question of what happens when legal institutions -- like bar associations -- start taking a look at the mass of fledgling companies starting to rise in the space. If bar associations take a strong tack against these tools on the grounds of unauthorized practice of law as some did in the 1990s, it could be a formidable challenge.

What do you see as your successes so far?
So far, I'm happiest with the fact that there is a growing community of people interested in this space, and that Robot, Robot & Hwang got to play some small role in it. Our first conference -- NELIC -- was in 2010: and it was really small, only about 80 people, maximum. In contrast, for our recent conference -- FutureLaw -- the audience was noticeably bigger, and the products were undoubtedly way more mature.

So what I take from that: our scrappy, nerdy little community is coalescing! My friend Dan Katz likes to talk about these small communities as the Homebrew Computer Club for the law, and I think we’re seeing the truth of that metaphor as the years go by.

Do you think people need to be an attorney to be an entrepreneur in this space?
Tim hesitates. No, I don't know that it’s absolutely necessary that you need to be a lawyer or have a lawyer on board, and it’s obvious that a lot can be learned from non-lawyers. In my mind, this is going to be an empirical question: there are all kinds of legal startups out there right now--some with attorneys on staff and others without--and I think we’ll have to see where the chips fall.

Getting to that point might just be a matter of time, but I’m thrilled to be part of a community that is engaging and building that future.
Posted by Amy Wan at 6:38 AM