The year in law startup funding....

January 2014
In early January 2014, Los Angeles law startup grandpa LegalZoom made a $425M deal to sell roughly half of the company to a private equity firm, thereby giving up on its IPO dreams. PandoDaily has an extensive analysis and reaction here. Apparently the Los Angeles startup scene is underwhelmed.


It sounds like a few other deals are in the works for this year, so we hope to hear publicly soon. 2014 should be an interesting year for law startups!
Posted by Amy Wan at 6:36 PM 1 comment:

This looks interesting! Robert Richards says that "Legal data projects are usually worked on during Open Data Day, so this event may be of interest." More information here:

'Open Data Day is a gathering of citizens in cities around the world to writeapplications, liberate data, create visualizations and publish analyses using open public data to show support for and encourage the adoption open data policies by the world's local, regional and national governments.

These hackathons, like small pieces, will be loosely joined by 5 basic principles.

It can be as big or as small, as long or as short, as you'd like it.

Ottawa's open data community attracts a diverse crowd of people to hackathons, with whole families coming out. In the UK groups have done amazing work getting young and diverse group hacking. Veteran hackers have said it over and over again: Our movement is stronger when it is broader.

Want to help organize one in your city and/or participate? Add your name to the relevant city on the wiki. Let's try to keep it to one event per city, build some community and get new people together.

Could be a local or global app, a visualization, proposing a standard for common data sets, scraping data from a government website to make it available for others or even creating your own data catalog of government data.

Each city's hackathon should do at least one demo, brainstorm, proposal, or anything that it shares in an interactive way with at members of a hackathon in at least one other city. This could be via video stream, skype, by chat... anything but let's get to know one another and share what we are hacking on. There may be some challenges to making this work: timezones, languages, culture... but who cares, we are problem solvers, let's make it work.

Again, let's not try to boil the ocean. Let's have a bunch of events, where people care enough to organize them, and try to link them together with a simple short connection/presentation. Above all let's raise some awareness, create something, and have some fun.

Learn more about open data.
Find out how your local and national government could do more to release open data.
Engage local non-profits and companies in the uses of open data for the products and missions
Meet & network with tons of cool people in your city and around the world.
Voice your opinion & share your ideas with the people and media attending.
Find out about apps being created, and get to play around with them as well.
Help out with parts of the conceptualization, creation, design, advertisement and testing of apps.
Conduct an open tutorial sessions around using open data,like learning how to customize google maps to show the data you want to show.
Have lots and lots of fun.

Anything! Bring your laptops, mobile phones, phasers set to stun, etc. but above all, your energy and your brains! We’re trying to make this event very hands on, so feel free to bring all your wacky geektronics so that you can participate in all the fun. Don't worry if you don’t bring anything since there will still be tons of stuff to do.'
Posted by Amy Wan at 6:19 PM No comments:

My apologies for not updating in awhile. Life's been busy with moving, moving again, and wedding planning. It's been an incredible last few months, and I wanted to say thanks to all my readers. I could never have imagined that blogging on a nerdy, minute subject that most people have never heard about could yield over 2500 views in under two months. That may not sound like a lot to you, but considering the subject, I'm very surprised.

Secondly, after a bit of both personal and professional reflection, I want to let you all know that I'll be making some slight changes to the scope of the blog.

You see, when I set out to interview law startups, I wanted to learn what lessons, failures, and successes those already operating law startup had learned. From the interviews this past year, it's pretty clear-- building a sustainable business model is the biggest challenge, hands down. I guess it doesn't take a genius to figure that one out, since that's the biggest challenge of any startup in general.

Since August 2013, I've contacted and/or interviewed numerous law startups. Some have had a writeup, others never got back to me (boo), and still more are out there working on the next great thing. I've come across more legal marketplace ideas than I could have imagined existed. At the same time, I presume readers may get bored reading about marketplace after marketplace.

At the same time, from both readers and meetup attendees, I've noticed that this blog has attracted two crowds-- one is, of course, those who call themselves legal hackers, and are passionate about legal innovation and changing the legal industry through technology and a different mental lens; the other is the group of newly minted and somewhat displaced lawyers looking for opportunity given that the legal market fell out during the recession.

Since I'm in the process of reinventing my career as well, I started thinking about what opportunities these young and hungry lawyers might do well to think about. Around Christmas, I happened across If I Knew Then, a website with advice on careers, finance, and life from Harvard MBA grads from the Class of 1963. A few pieces from the career section stuck out at me:

Go where things are changing — or about to change.
Quietly but firmly get ahead of that wagon.
-THOMAS E. REILLY JR.

In the middle 1950s, when I graduated from high school, the United States was producing 50 percent of the world’s GNP. It was the world’s factory for sophisticated goods — autos, trucks, farm machinery, appliances, railroad equipment, machine tools, and industrial equipment of all kinds. General Motors, Ford, and Chrysler were world giants. Most of the factories were in the “industrial heartland” of the country, including my home state of Ohio. I went to the Harvard Business School thinking I wanted to be an executive in a manufacturing company.

After 10 years of slogging, I left manufacturing for an agribusiness and natural resources company. Being repotted was a success. I enjoyed being the CEO and building the new company.

In hindsight, I realize the lack of real opportunity in my early career was not due to any mistakes I made or to company politics. It was because the opportunities in a declining industry are so constrained, especially compared to an industry that is growing rapidly. With declining growth, companies and their executives become defensive. They do not take risks, and they focus on preserving the status quo.
--SCOTT SPANGLER


These new attorneys (or I, for that matter) could go work for a traditional law firm and spend 10 years of billable hours working to gain expertise and authority, and hope that the billable hour survives beyond complex litigation. But I personally can't fathom that. In the, oh, two weeks I've been on indeed.com and craigslist, the positions out there look depressingly boring. And so, I started thinking about where I might be able to gain expertise and authority quickly in something new and exciting. The answer to that--wherever there's change. Be it healthcare law (with the wave of change from Obamacare) or the developing standards and regulations around drones, cloud computing, or data privacy, these are the places new lawyers should be looking if they want to quickly build expertise, authority, and autonomy. (It goes without saying that they should actually be interested in those topics) 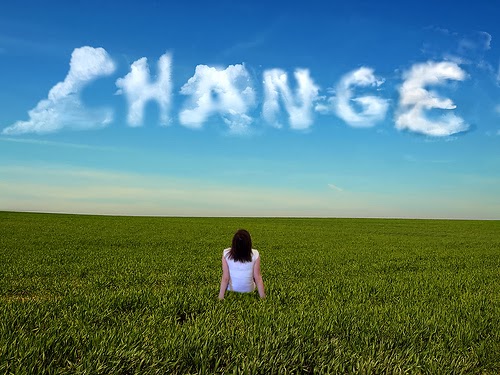 So for 2014, I'd like to broaden the scope of this blog. Aside from law startups and the legal hacking movement, I'm going to make an effort to learn more about emerging fields where law and technology intersect. That's not to say I'm ditching the whole law startup thing--I only hope to inspire those in the latter category with hope that there is so much opportunity out there for the taking. After all, I truly believe that with the power of the Internet, nowadays, your career is what you make of it.

One last note for all you job seekers (including me): There's always change in every legal field, usually through a change in laws or regulations. Be mindful, though, of the lifetime of that change. Immigration reform work via the Dream Act, while wonderful, will probably bring an onslaught of transactional works, but only for a limited time. Same goes for mortgage backed securitys (MBS) litigation. The work is great now, but won't last forever. (I'm no expert in either of those fields though, so just take the general thought in case I'm wrong)